Evidence from the few states where such data is collected indicates that many elementary and secondary school students fail to make adequate progress because they too frequently encounter ineffective teachers, i.e., teachers whose students’ achievement growth is significantly less than one year of achievement gain per school year. Part of the problem is that many school districts are only now beginning to systematically monitor or address the problem of ineffective teaching. They often lack both the teacher performance data and the will to insist on improvement.

The larger problem, however, is that the preservice training given teachers is often inadequate, and in some cases, detrimental.   Teaching practices founded on theory and craft knowledge, not experimental evidence, are typical fare.  Worse, proven practices that are contrary to favored theory may be denigrated as boring or emotionally damaging. Direct Instruction is a prime example.

Inservice professional development can be equally problematic.  Teaching innovations that are as little tested as the practices they replace are commonly touted as breakthroughs in pedagogy.  The educational fads that have become an unfortunate hallmark of public schooling often originate in schools of education.

In summary, teacher education has long promoted a pedagogical idealism disconnected from classroom realities and excused the deficient results by pointing to social and economic factors beyond its control.  In the nineteen sixties, schooling failure was blamed on poverty.  Today, teacher educators identify a lack of diversity, inclusion and social justice in schools and communities as a as the root cause of deficient and inequitable outcomes. Again, they find the causes of schooling failure to be something other than their often faddish and poorly tested practices.

In truth, the complete eradication of all social and economic ills would not materially improve schooling outcomes without a change in the teaching practices taught to teachers.  Conversely, a change to research-based, data-driven teaching practices would go a very long way to improving school outcomes and alleviating the social and economic ills that otherwise result.

A Path to Teacher Training Reform

How Effective are the Teachers in Your School District?

In Tennessee and a few other states, teacher effectiveness can be assessed on the basis of the student achievement gains of their students.   Although there are exceptions like the reports that were undertaken by the Los Angeles Times,… 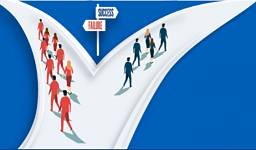 How Effective are Tennessee’s Teacher Preparation Programs? Tennessee’s Value Added Assessment System has been in place since 1995. It enables users to estimate the success of teachers, schools, and districts in lifting student achievement and… 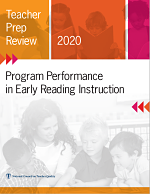 How effective are the institutions that train tomorrow’s teachers? The NCTQ was created to provide an independent assessment of that question.  Teacher educators initially dismissed its reports as biased and unfair but they have now gained broad public acceptance.  Program rankings are featured. 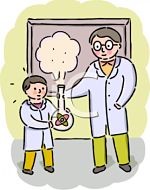 The National Council for the Accreditation of Teacher Education: Whose Standards?

Since the 1983 Nation at Risk report, state and national policymakers have set and reset standards aimed at improving schools. Common Core is just the most recent. None have substantially increased student achievement.  The reason is that primary school teachers have been trained to treat achievement as little more important than the advancement of favored social, emotional, and cultural ideals.

Beginning with a controversial study that challenged the validity of the credential issued by the National Board for Professional Teaching Standards, the Education Consumers Foundation has had a special interest in empirical studies of the classroom effectiveness of new teachers.  Years of such studies in Tennessee have shown that, with the exception of programs such as Teach for America, most teacher preparation programs turn out many more highly ineffective new teachers than highly effective ones.