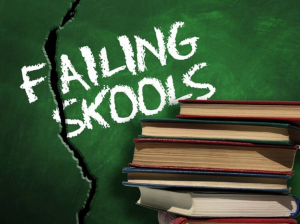 School boards and educators commonly blame unsatisfactory school outcomes on poverty.  Public schools, however, were created to overcome poverty and they were successful in doing so until the late nineteen fifties and early sixties.

The question is, “What changed and what can be done about it?”

For fifty years, ineffective public schools have flooded the population with low-information voters and citizens with few economic prospects. In this paper, Professor J.E. Stone highlights discusses how ineffective schooling has brought about this flood and suggests steps to correct it.

The mechanism responsible for these unfortunate trends is what economists call “regulatory capture.”  Despite being publicly elected and charged with ensuring that the schools carry out the public’s aims, school boards have all too often uncritically accepted state and district-level policies and practices that have resulted in mediocrity and failure.

Through effective public relations, the control of information, and elective politics, district leaders and staff have managed to select, shape, and pacify community leaders, board members, and their political supporters.

Grassroots reform will require a modest but critical mass of consumers who will make the effort to inform themselves about local schooling facts, raise the awareness of their neighbors, and hold board members accountable.  As state data reporting has made school outcomes increasingly transparent, parents and taxpayers are gaining the ability to participate as an equal partner in the conversation about the quality and direction of local schools.