Tennessee has gained a substantial measure of reform success because of local and statewide public and policymaker awareness of the objectively measured increases in student achievement produced by local schools.

ECF’s school rankings played a key role.  They drew public and educator attention to the otherwise long-ignored TVAAS data and gave public recognition to the schools that were producing superior achievement gains.  For the first time, public attention was drawn to the fact that some local schools were more effective and more productive than others–a fact often downplayed by school district leaders.  Moreover, the acceptance and widely publicized celebrations of these awards implicitly acknowledged that these differences were real and educationally important.
They were the first school rankings based on value-added gains in Tennessee and the Nation.

TVAAS value-added data was publicly available for years but rankings were stoutly resisted by the state education agency and public education leadership throughout Tennessee.  Rankings revealed the differences in achievement gains between schools within the same districts, regions, and demographic groupings.  Frequently, they were shocking.  Prior to 2005, the vast majority of taxpayers and officials were permitted to view only the aggregate local data made available by their local school districts.

Unlike earlier school performance reports, the TVAAS-based rankings were a level-playing-field indicator of performance.  Displayed in graphics, they were easily and quickly understood by both educators and non-educators.

The effect was like having a scoreboard installed at a sporting event.  Excellence was visible and mediocrity undeniable.  Schools that were doing a good job could be given the recognition they deserved and the others given the incentive or criticism needed for improvement.

The value-added achievement awards were so successful in encouraging school and district improvement efforts that Senator Bill Frist’s State Collaborative on Reforming Education launched its own rewards program in 2012.

To learn more about the Value-Added Achievement Awards, including information on TVAAS, a glossary of terms, and an FAQ, click here. 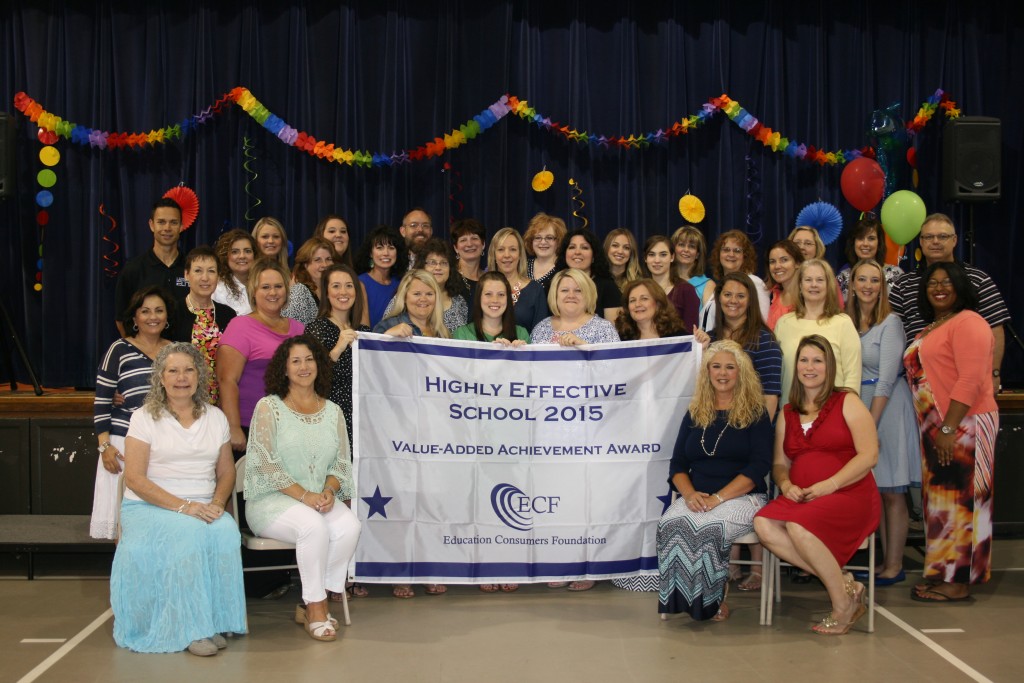 In April and May 2015, the Education Consumers Foundation is holding a series of events to recognize the winners of this year’s Value-Added Achievement Awards program. These awards acknowledge the great contribution that principals make to the value-added performance of some of the most effective elementary and middle schools in the state.