How Effective are the Teachers in Your School District? 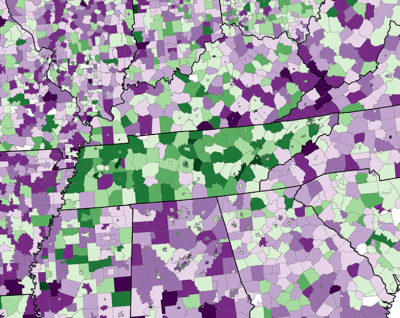 In Tennessee and several other states, teacher effectiveness can be assessed on the basis of annual student achievement gains.  Although there are exceptions like the reports that were undertaken by the Los Angeles Times, value added data by levels of teacher performance within school districts is rarely available to the public.  That said, even district averages are of value in assessing the quality of teacher hiring, retention, and oversight

As can be seen in the charts below, there are substantial differences between Tennessee school districts as to the proportion of highly effective and ineffective teachers—a pattern that holds true for other states.  Ideally, a district would have a very small percentage of teachers in the “Least Effective” category.

In some districts, the great majority of teachers in grades 4-8 lift the annual achievement of their students by at least a year’s worth every year. Their directors and boards deserve credit for conscientious oversight.

Many districts, however, have a high percentage of teachers whose students annually gain well less than a year’s worth of learning. As a result, many students unnecessarily become dropouts or graduates who are unprepared for college. 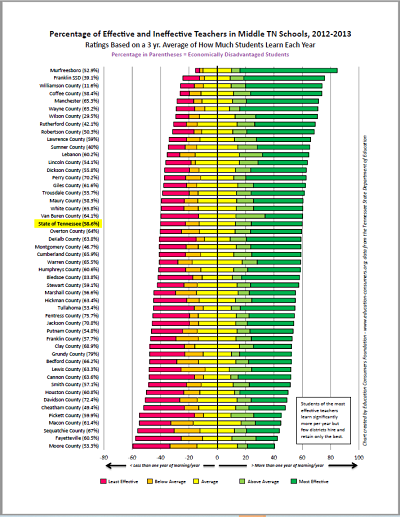 See district-level results for Tennessee below: