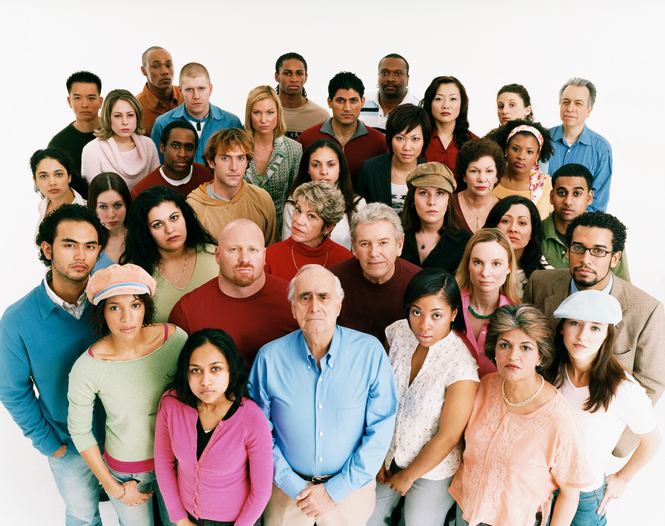 What is an Education Consumers Association?

An Education Consumers Association (ECA) is local or state level citizen group that is dedicated to empowering parents, school board members, employers, and all others who have a consumer’s stake in public schooling. Just as teacher organizations and other educator groups represent the unique interests of their members, ECAs represent the consumer’s interests.  It is like a parent network but broader and includes all community members who pay for or make use of the local schools. An ECA represents the interests of education’s consumers, not education’s providers.

The primary focus of an Education Consumer Association is student learning outcomes.  However, it also serves as a forum for discussion of other educational issues of local concern.  For example, school or district aims, priorities, or other matters pertaining to educational policy or practice may be discussed–even if such issues are not commonly addressed by the public or school boards.

In the partnership between educators and the public, parents and taxpayers are the senior partners—just as buyers are the decision-makers in their relationship with sellers.   And, just as educators are represented by an organization representing their unique interests as providers, parents and taxpayers are justified in having an organization to represent their interests as consumers.  ECAs work with schools and districts in the interest of children but they maintain a businesslike relationship—just as do buyers and sellers in a marketplace.  Educators are welcome to participate in ECAs, but they must wear their consumer caps.

Read more
Read less
What do ECAs do?

Local school systems are a publicly funded monopoly. Customer satisfaction is not a requirement for them to stay in business.  With little accountability and assured funding, schools have little economic incentive to do more than maintain a positive appearance. ECAs provide a way for parents and interested citizens to more accurately assess the quality of their local schools and to deal with them as informed consumers.

Broadly speaking, ECAs improve education by informing consumers. ECA’s independently gather and disseminate information that helps them assess what their children are getting for their school experience.  ECA reports can significantly impact school quality because they are a form of consumer feedback that is independent and can be ignored only at the peril of voter dissatisfaction.

ECAs enable education’s consumers to pool their knowledge.  Parents, taxpayers, and their elected representatives are able to find and understand school performance information that is not easily accessed by the public.  An enormous amount of factual information about school quality is publically available but it must be located and interpreted (often through a cloud of jargon and spin).  ECAs are an answer to this problem.

Reliable factual information about local school performance can be useful to a variety of consumers.  For example, it can afford parents on the market for a new home a way of finding the best schools or contacting parents who already have a child enrolled in a given school.  Employers seeking to relocate a business are afforded a way of contacting parents or other employers about the quality of local schools.  Unlike the informants available in communities that lack an ECA, ECA members are can provide school assessments based on fact, not just shallow impressions.

ECAs pool their information and inform the public through a variety of activities.  Examples include organizing a communications network, maintaining a website, holding meetings, electing leaders, and organizing public forums for school board candidates.

ECAs have access to the Education Consumers Foundation (ECF) website–an online source for consumer-friendly education research and policy analysis.  ECF is a non-profit that is wholly independent of any government or educational group.  In addition to providing access to useful information, the Foundation is linked to the Education Consumers Consultants Network™ –a group of consumer-friendly scholars and credentialed experts.

At a time when a significant and growing number of parents have opted for home, private or charter schooling, a ECAs can play a key role in their success.  They provide parents consumer-friendly information about the quality of the available choices.  The Memphis School Guide and SCHOOLSCORES website are excellent examples of such resources.

How to Form an Education Consumer Association

It only takes a few steps to get started:  Identify some likely partners, explain your idea, start networking, and prepare for growth.

Creating a New Relationship between Consumers and Schools ECAs have an enormous potential for impacting school outcomes because they fill a void in the conversations about education that take place in almost all communities. Most school districts have PTAs but they are a medium for collaboration, not a forum for consumer advocacy.  An organization voicing parent and taxpayer concerns about third-rate learning outcomes, for example, is apt to be a significant addition to the public conversation about local schools.  Typically, school districts dominate such discussions because they have communications resources dedicated to maintaining a favorable public image and to discouraging the opposite.

In the absence of recognized, consumer-friendly sources, journalists are limited in their ability to balance their stories and the public hears only the school district’s perspective.  As a result, school accomplishments are hyped and shortcomings attributed to a lack of funding or the result of faulty parenting, not teaching/learning weaknesses.  Similarly, issues such as accountability, cost-effectiveness, and convenience to parents are often invisible at the local level.  Serious failures are often reported only if their disclosure is inevitable or some intrepid reporter digs them out.

Even when there is widespread sentiment about a schooling issue, consumers may have little influence. Schools act to diffuse opposition to their policies. Committees formed to address school issues are typically organized by schools and stacked to suit their purposes. Parent and community participants are added or removed at the pleasure of the schools. Meetings are frequently orchestrated so as to pacify rather than make substantive changes.  In typical public/school district partnerships, consumers are treated as the junior partner.

With an ECA acting as a voice for local consumers, tenor of the relationship between schools and consumers can be much different. Consumer concerns cannot so easily be ignored, dismissed, or discredited.

ECAs have their own organizational structure, set their own agenda, appoint their own committees, and conduct their own meetings. ECAs are not dependent on the local schools for invitations, input, or validation of their views. An ECA’s role is to monitor the actions of schools and to comment and report to the public as they deem necessary and appropriate. Member opinion, community surveys, and various forms of objective data are collected, summarized, and disseminated in consumer-friendly form. Schools may provide input but they do so at the invitation of the ECA—as would be the case with any organization that is wholly independent of the schools.

Information Needed by the Consuming Public

The need for an independent, consumer-friendly source of information often becomes especially evident when innovative school policy changes are under consideration.  The question facing the public is:  Can the representations of a school system that may have been doing a mediocre job be trusted as a guide to a significant educational change?

The answer:  In the absence of consumer-friendly external review and accountability, probably not. The recent implementation of the Common Core curriculum is a useful example.  A community with an ECA would have been able to pull together relevant research, share it with the public, and encourage wider and better informed engagement.  As it was, however, most states and communities had Common Core forced on them with little public discussion.

Education’s consumers fund school districts and vote for their leaders but they cannot exert meaningful influence on district aims, priorities, and performance if they are kept in the dark.  Candidates for school board rarely mention student learning issues, in part, because school board elections are dominated by district employees whose interests and priorities often center on the conditions of their employment.  In truth, however, the primary reason student learning goes unmentioned is that neither the candidates nor their constituents are sufficiently well informed to make it an issue or to hold leaders accountable.    By shining the light of consumer-friendly information on learning outcomes, an ECA can create a sea change in the quality of local schooling.