Although Tennessee’s universities have historically produced many excellent teachers, a decline in quality control has led to an output of more “highly ineffective” than “highly effective” teachers.  The result is that thousands of PK-12 students have gained as little as a half year of achievement growth per school year–a sometimes catastrophic setback for disadvantaged students.

The need for the legislation is evident from Tennessee’s teacher preparation report cards.  Teachers need many skills but the most important is their ability to bring about learning.  A series of reports from the Education Consumers Foundation examined report cards over a five year period and found that far too many of the university-trained graduates have conspicuous a weakness in that area–a weakness that is especially noticeable in comparison to the new teachers trained by private institutions and non-university programs.

These reports include ECF’s original 2013-2015 graphic and a 2016 update. These reports were vetted and highlighted in a 2016 briefing published by the National Council on Teacher Quality. Earlier reports and graphics on teacher training in Tennessee are available here.

The chart below is based on the data available from Tennessee’s recently revised teacher preparation report card.  It reveals the same troubling pattern of outcomes seen in previous data.

If the teacher quality of Tennessee’s university-based programs were to rise to the level of the alternative programs, Tennessee would soon become the most improved state in the nation. 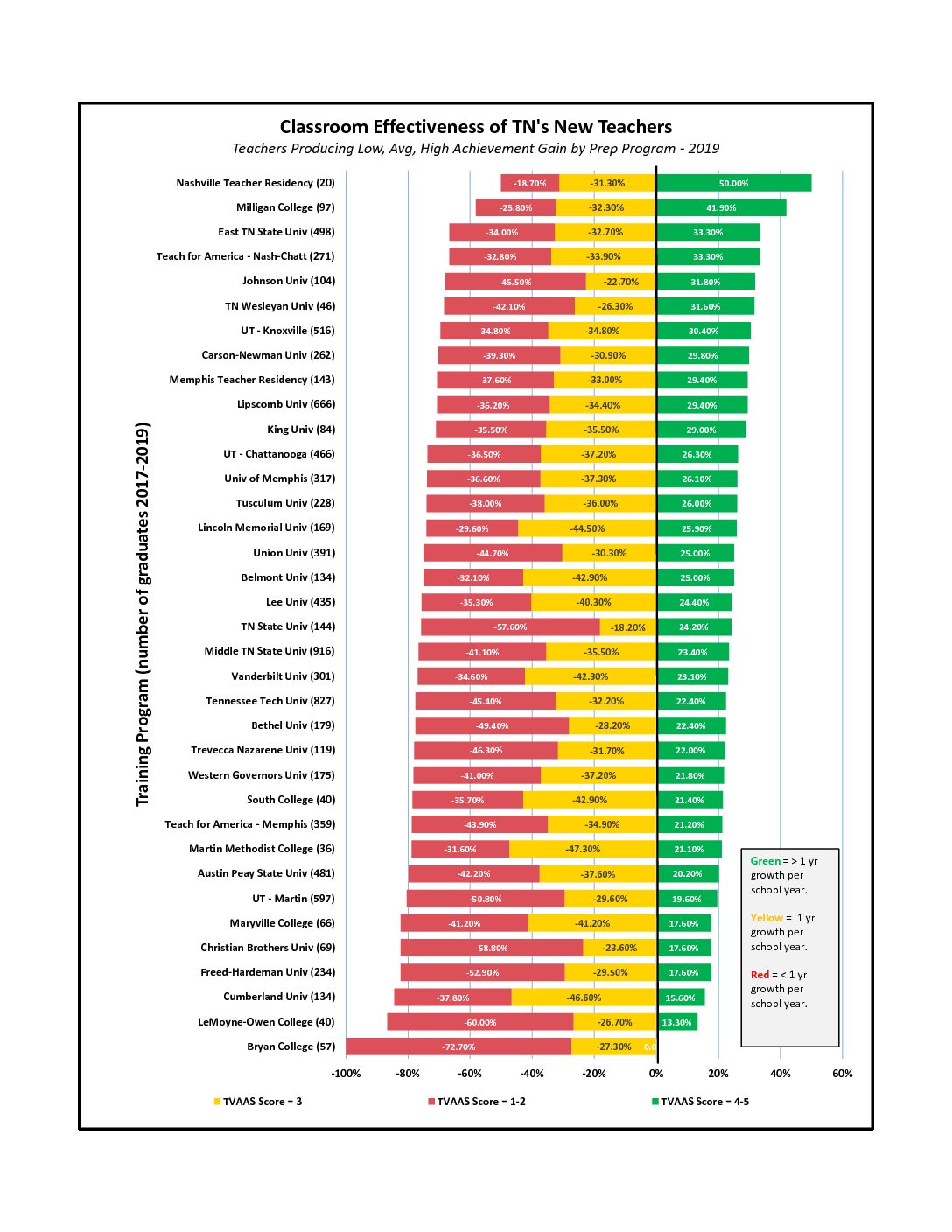 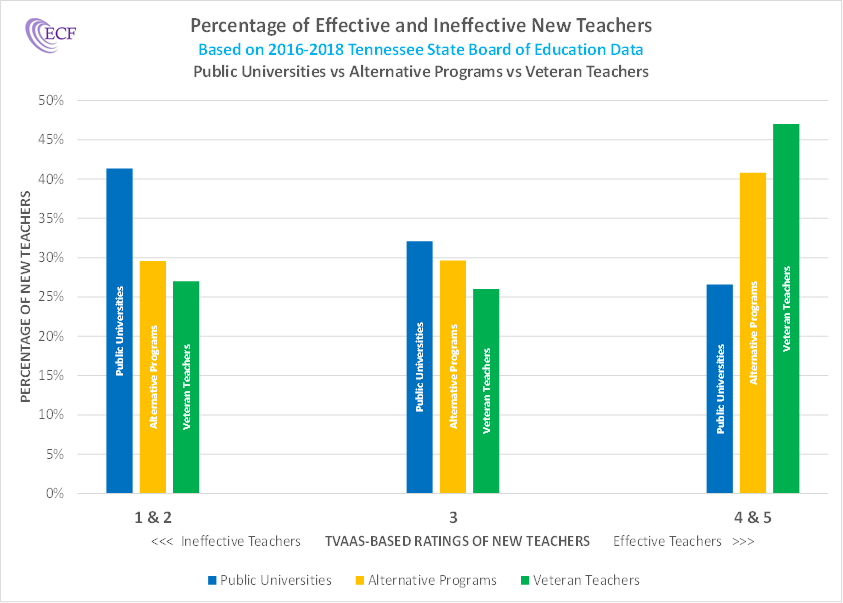