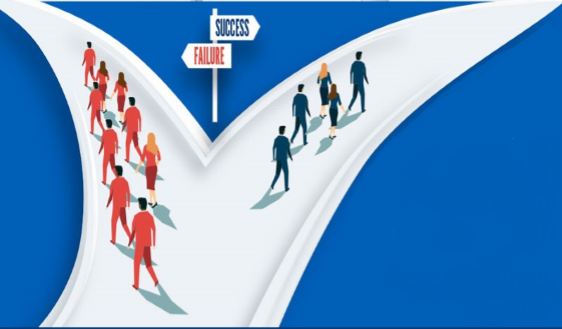 Tennessee’s Value Added Assessment System has been in place since 1995. It enables users to estimate the success of teachers, schools, and districts in lifting student achievement and it does so in a way that permits statistically fair comparisons.

Since 2007, the Tennessee Higher Education Commission has published a report card that uses the TVAAS data to estimate success of Tennessee’s teacher preparation programs in graduating “highly effective” new teachers. Highly effective new teachers are ones who are able bring about as much student learning per year as top-performing veteran teachers. Highly ineffective teachers are ones who bring about the same learning gains per year as the State’s least effective veteran teachers. The teacher classification is based on the first 3 years of teaching.

With the notable exceptions of Teach For America, Lipscomb University, and a few of the smaller programs, Tennessee’s teacher trainers are producing more “highly ineffective” teachers than “highly effective.” 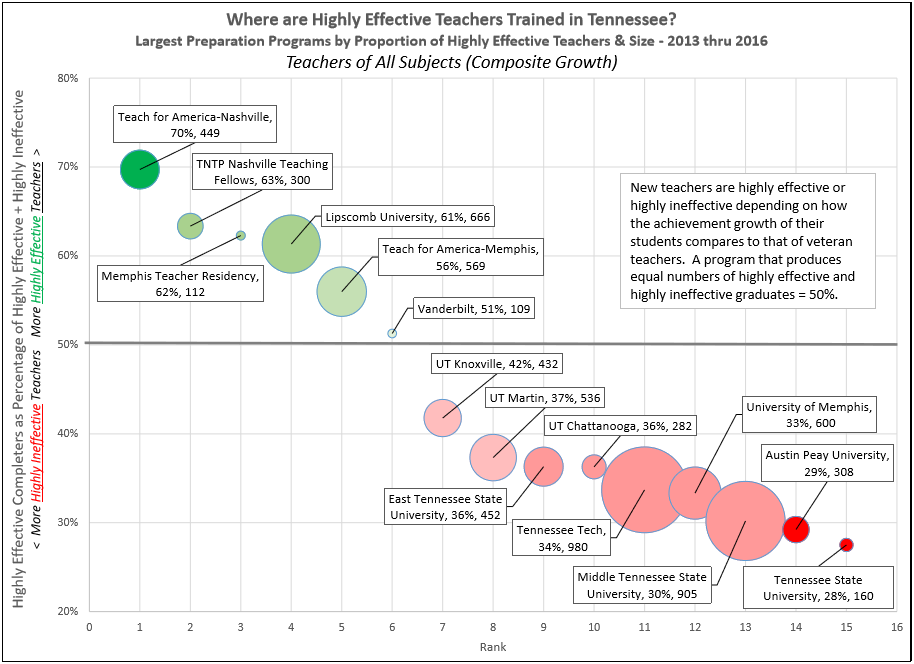 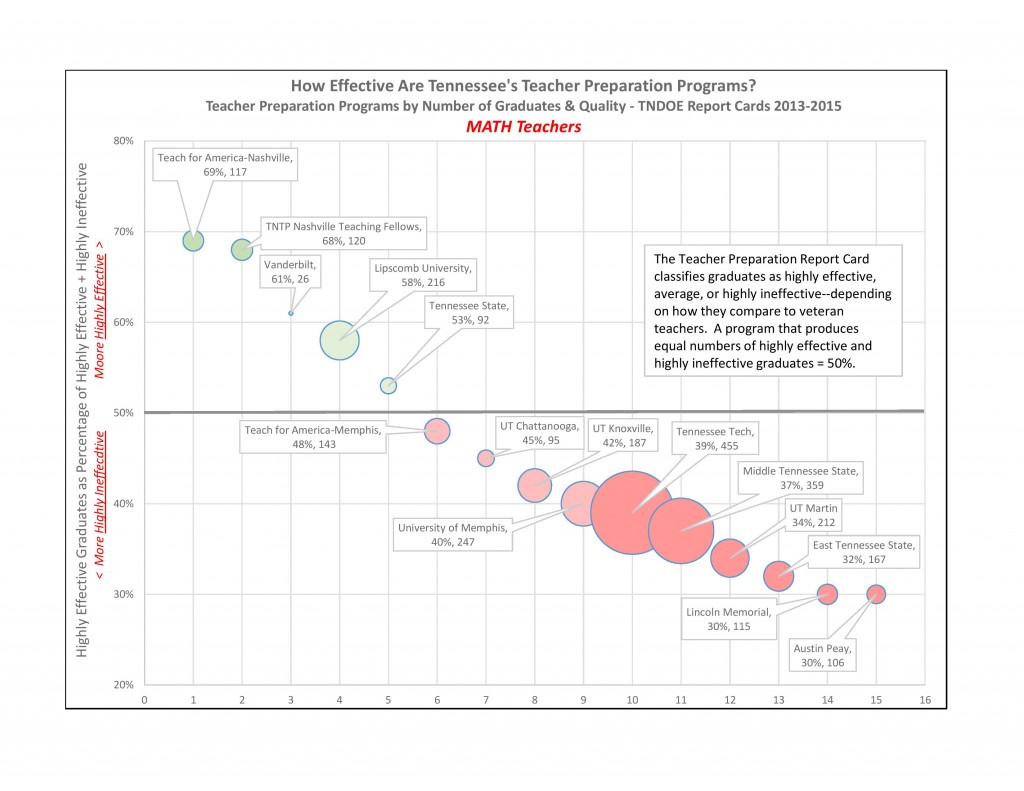 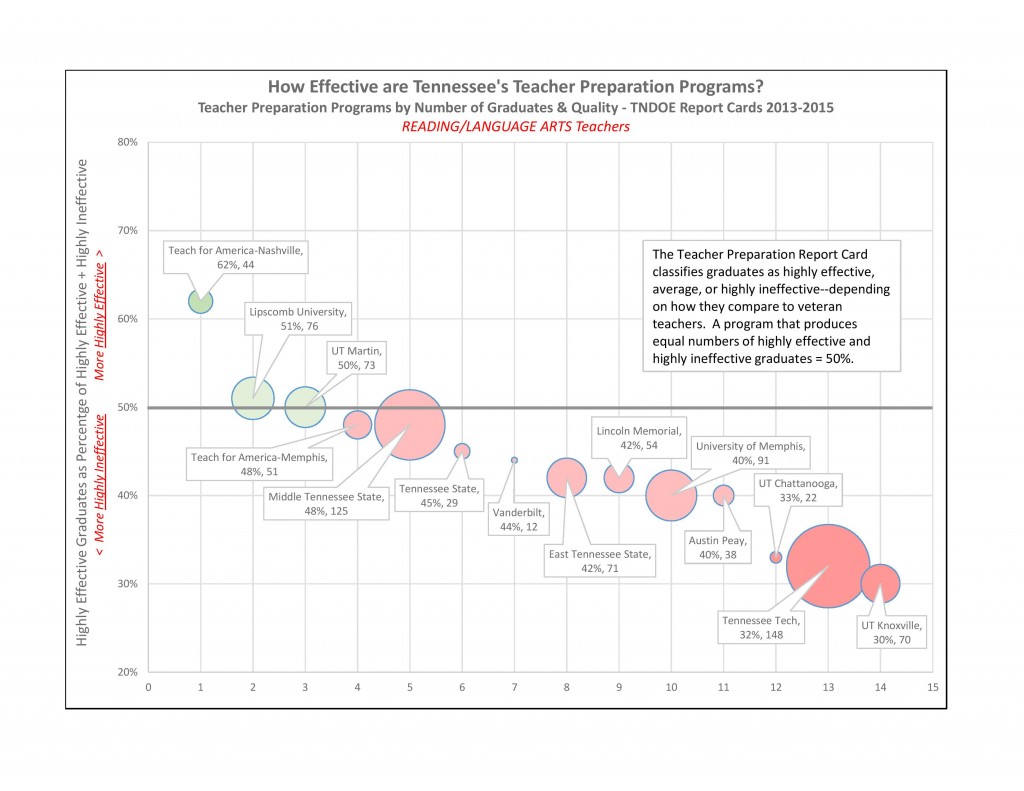 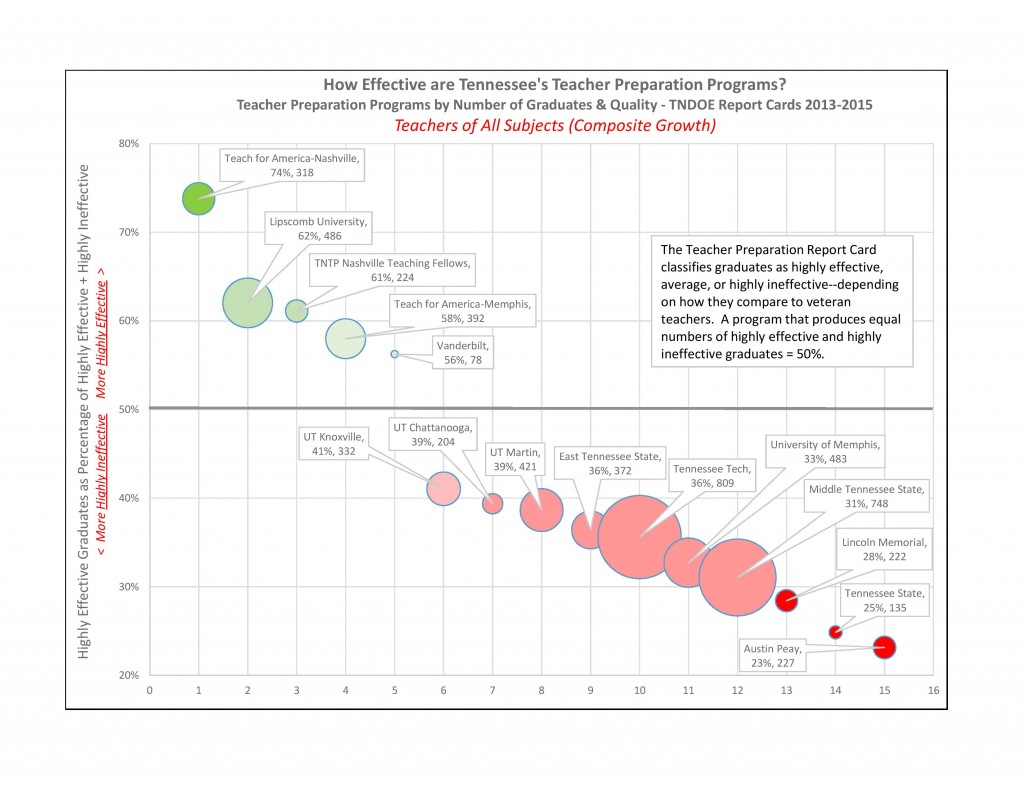 The TVAAS “teacher effect” scores earned by each teacher during their first three years of teaching were aggregated for the graduates of each preparation program.  A statistical analysis classified each teacher as highly effective, average, or highly ineffective and the number of teachers in each classification were summed and reported annually for each program.

The three charts shown above are based on the 2013-2015 Teacher Preparation Report Cards (now) published by the Tennessee Department of Education.  The data are aggregated from the “TVAAS Analysis of Apprentice and Transitional License Teachers” table in the subject matter categories of Math, Reading/Language Arts, and Composite.

Report Cards are available for all of Tennessee’s 43 teacher preparation programs, however, the charts below include only those programs housed in the State’s public universities and selected others.