Connecticut: Comparing schools and districts based on student proficiency 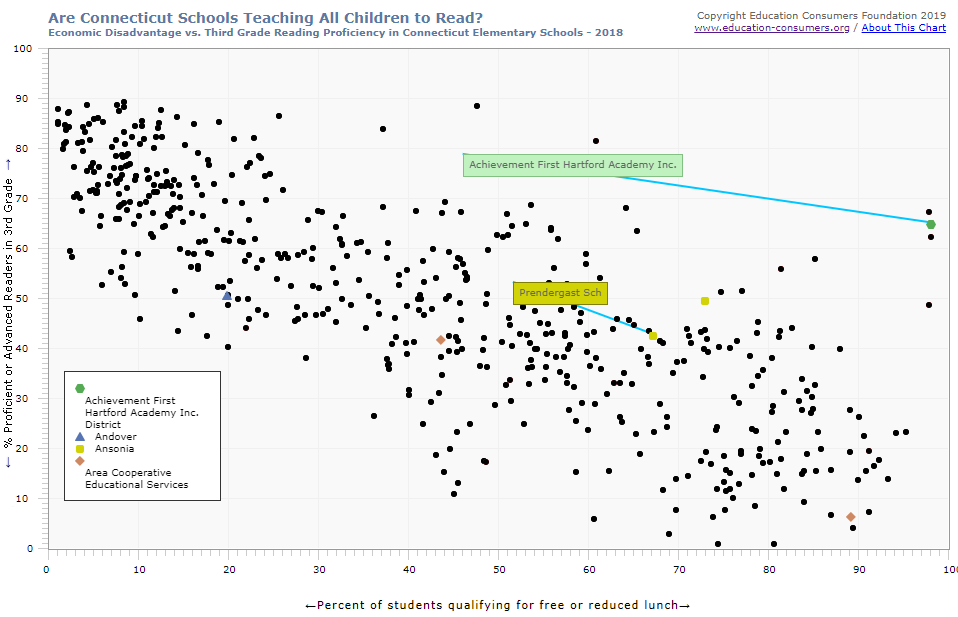 Note: In the case of missing percentages for proficiency, ECF estimated the missing numbers in the proportions suggested by the state NAEP distribution.

Comparing Connecticut’s Proficiency Standards to the National “Gold Standard” (NAEP)
Each state defines for itself what “proficient” means; some states have a rigorous definition, while others are less strict in their standards. To see how states compare, ECF has published charts showing the percentage of students deemed proficient in various subjects and grade levels and compared them to percentages reported for each state by the National Assessment of Educational Progress (NAEP, or “The Nation’s Report Card”), considered to be the gold standard.